Do you think, because I am poor, obscure, plain and little, I am soulless and heartless? You think wrong!--I have as much soul as you,--and full as much heart!


Charlotte Brontë's Jane Eyre is a beloved classic, celebrated today by readers of all ages and revered as a masterwork of literary prowess. But what of the famous writer herself?

Originally published under the pseudonym of Currer Bell, Jane Eyre was born out of a magnificent, vivid imagination, a deep cultivation of skill, and immense personal hardship and tragedy. Charlotte, like her sisters Emily and Anne, was passionate about her work. She sought to cast an empathetic lens on characters often ignored by popular literature of the time, questioning societal assumptions with a sharp intellect and changing forever the landscape of western literature.

With an introduction by Alison Bechdel, Charlotte Brontë before Jane Eyre presents a stunning examination of a woman who battled against the odds to make her voice heard. 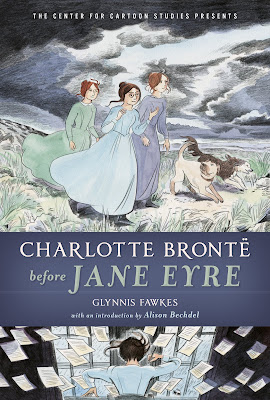 Jane Eyre was a piece of literature that you are forced to study in high school english classes. As a teenager, I didn't appreciate it then, but as a woman now, Jane Eyre is such a fascinating work of Charlotte Bronte that you sometimes forget about the authors own life. But the general format of learning about Bronte is usually a heavy chapter book. Author Glynnis Fawkes turns it into an imaginative comic strip, with simple and cute illustrations showing Bronte's life and her immense struggle to get her book published. Not only did I enjoy the comics, I love that anyone (regardless of age) of age can learn about the fight and misgivings of her life, but also about her strong will to make sure that she too is heard. This book definitely calls for a re-read of Jane Eyre! And maybe a deeper dive into Charlotte Bronte. 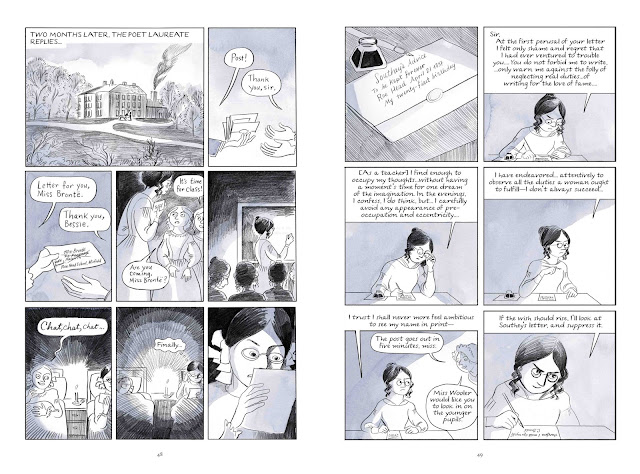 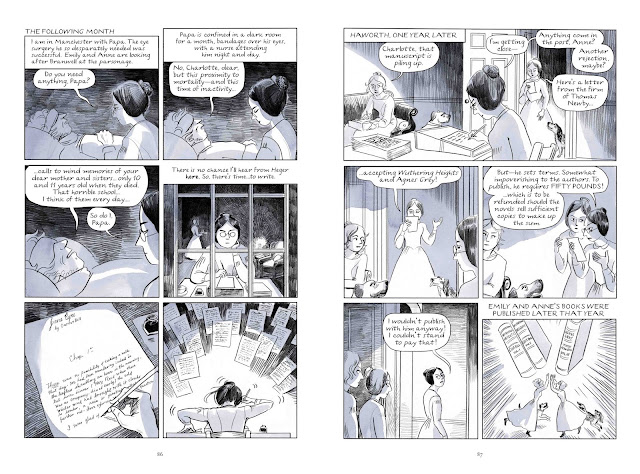 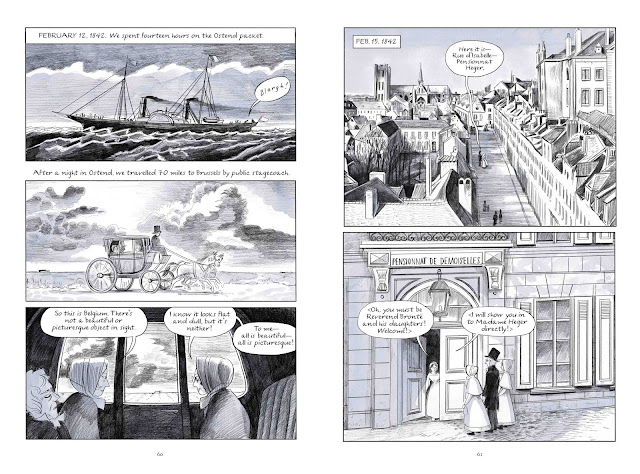 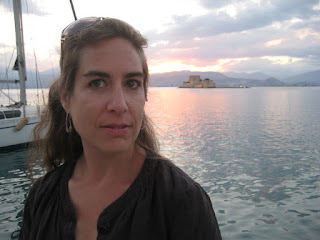 I'm an cartoonist and illustrator living in Burlington, VT.


My most recent book is Charlotte Bronte Before Jane Eyre, Center for Cartoon Studies Presents series, will be published in September 2019 by Disney/Hyperion. Also in September, Secret Acres will publish Persephone’s Garden, a collection of autobiographical comics that have appeared in the New Yorker and other places.


I began working on excavations as illustrator in 1998 and have worked on sites in Greece, Crete, Turkey, Israel, Cyprus, Syria, and Lebanon.  I continue to work in Greece every year.   My illustrations have been published in several books and many articles.


Many of my personal comics reflect a career in archaeology and family life.  Greek Diary is about working on a dig and traveling with children.  My drawings about my children were published regularly on Muthamagazine.com  and were nominated for an Ignatz Award at the Small Press Expo in 2016.


Another project, Alle Ego, is about my first trip to Greece and how it launched my work in the direction of archaeology.  A draft of this book won the MoCCA Arts Festival Award in NY in 2016.  I drew most of it during a residency at La Maison des Auteurs in Angouleme, and I plan to return to work on this book in the future.


I’m currently working on a middle grade adventure set after the eruption of Thera in Late Bronze Age Greece.


3 winners will receive signed finished copies of CHARLOTTE BRONTE BEFORE JANE EYRE, US Only.

Check out the tour spots below!